The gym is quiet today, but that doesn't stop Jureka Del Mar and Michael from chasing their pump. Jureka works her tricep kickbacks in a hot pink-thonged leotard that makes it rather difficult for Michael to concentra... 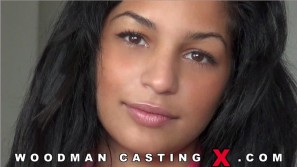